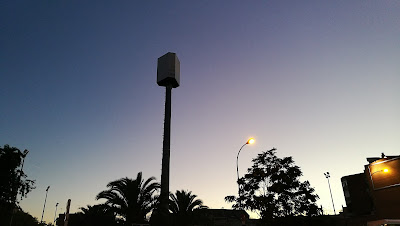 In December 1941 the Japanese attack on Pearl Harbor by surprise, means that the United States engage in confrontation and European War II is global. Except in America is fought on every continent in the world for 1942.
Second Emiliano and Paquita daughter, Esther, was born in April of that year. Spain has an apparent calm chicha, when on the contrary any city can Peninsular and is a nest of spies.
Partisans resisting in the mountains and villages of the Spanish geography trusted by the Allies invade the national territory and overthrow the Franco dictatorship .  Manhunt is unleashed, trials are summary trials and prisons are filled with the fear that war could spread through the lands and peoples of Spain.
Not so fortunately, despite the fact that Hitler and Mussolini were interviewed with the Dictator and requested the entry of Spain into the war, October 23, 1940 in Hendaye Franco and Hitler, and February 12, 1941 Franco with Mussolini in Bordighera, Italy, to no avail, as the dictator refuses to participate logistics claiming incapacity economic and an impoverished Spain by the previous match.
The country was within an ace of being invaded by the troops of the Third Reich wanted to attack Gibraltar from within the peninsula itself and thereby control the Strait of Gibraltar.
elapses 1942 and the marriage of Emiliano and Paquita with her ​​two small, he moved to Madrid to start a new stage in her life.

's hard to imagine the life of this couple in the capital of a newly arrived people, without knowing the street or life in this city partially destroyed by Civial War, all scarce, no coal, no wood or chips to light stoves, no meat, no sugar, no milk, until the bread is scarce, long lines of women are formed as no news in this or that establishment are selling beans, lentils, soap or other products necessary for survival.

No hard absolutely nothing by borders, trade is non-existent and the economy is war, however life goes on and the people do not pay too much attention to what happens beyond the Pyrenees, your constant concern is to eat and live another day.


At the Madrid Rastro is ceaseless activity, buys and sells used everything imaginable, provided eat people sell what has value in homes and someone always has enough to buy it. accumulation of food and the black market is the order of the day, fortunes are made ​​by trading and speculating as necessary. Small protests over shortages of bread or the excessive price of it are extremely harshly repressed by the Regimen.
No wheat and bread production that nobody knows. Grass pea flour is used with consequences that are documented and were perfectly:


Grass pea flour has fought hunger in the wars but has also caused numerous cases of paralysis. The grass pea, legume that provides a meal with the porridge Mancha and other campers are made dishes in regions such as Andalusia and Castile and León, is no longer banned in the coming months.


Francisco de Goya almorta devoted to one of the prints of their 'Disasters of War', because this vegetable fought hunger to many locals in 1811.
A century later, was again almorta salvation during the Civil War and its aftermath as the only food that thousands of people took to the mouth every day.


What all the flour is unaware vetch permanently consumed eventually causes 'lathyrism' disease which is manifested in joint immobility, spinal deformities and paralysis. In fact, the name of this disease comes from the scientific name of this plant Lathyrus sativus--containing neurotoxic substances, especially alkaloids, which damage the nervous system.


The Spanish authorities discovered in 1941 and decided to prohibit the marketing for human consumption in 1944.
*****
The "porridge" is food that fights hunger postwar knowing that continued use causes paralysis and lathyrism, but better long-term die of hunger everyday.

Vetch flour porridge, sweet potatoes and chestnuts were everyday foods of the Spanish in the early forties. 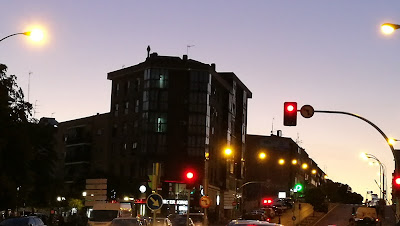